Without saying so or even consciously thinking it, consumers across the globe have redefined “value” and “benefit.” This is the second part of a Freehand Circle series which examines what happens when the entire value exchange is upended.

Part I of our series examined that the benefit of a product or service is no longer defined by a personal consumption experience but rather a communal one. Freehand Circle has deemed those communal experiences “The Invisible Experience” for two reasons. First, these communal experiences are wholly outside consumers' direct experiences and are therefore ‘invisible.’ The second--and possibly more important--reason is current measurement does not adequately capture these shifting attitudes; leaving marketers wholly incapable of studying, understanding and optimizing these new consumer attitudes.

The confidence that during the value exchange marketers can analyze, manipulate, cajole and even predict consumer behavior through marketing is kind of the whole game.

So if consumer new consumer consideration set is far more communal and demanding than V=B/C encapsulates. That seemingly small tweak alters a critical underpinning across the whole field of marketing.

Previously only a fraction of consumers thought about these issues and an even smaller subset demanded meaningful action.

The new consideration set is far less insular and more communal than the traditional V=B/C captures. However this is not some new higher consciousness; it is simply access to far greater amounts of information. In fact, this entire customer value conversation itself could be seen as an outgrowth of the rise of the connected consumer / analytical self. As they gain more and more information, people are making different choices based on new knowledge. This expanded consideration set is quite the opposite of altruism and may simply be continued growth of our ego. In 1979 Christopher Lasch argued that viewing possessions as extensions of one’s self was narcissism.

Some marketers and economists give the Invisible Experience wrongheaded names like ‘ethical supply chain’ or ‘conscientious capitalism'. Those concepts are misleading because they infuse morality into an entirely cultural shift. This isn’t about morality.

No, the transition to Invisible (Communal) Calculation is different specifically because it is not based on charity or compassion. Altruism is not a market force. This wholly new consumer mindset is entering the marketplace in a major way because consumers have become MORE selfish; more demanding. They see damage to the environment or workers as an affront to themselves. Unclean supply chains or shady business practices imply lower quality. Buying damaging brands associates consumers with lower quality. What was previously unseen is now easily quantified.

Look, positing the rise of ethical consumers is an old and wildly inaccurate cliche. The origins of fair trade coffee trace all the way back to 1983--yet decades have passed with barely any signs of a more enlightened marketplace. The sad reality is that “quote/unquote” “ethical consumers” have more disposable income and view (fancy)[high-cost?] consumption as appurtenant to (fancy)[high-level?] status. Though well-intentioned, fair trade and its ilk have become badges, a kind of ethical extravagance, and are priced as such. Many ethical products simply cost much more. Consumers are used to the tradeoff between saving the world or saving dollars in their wallet. For a trillion obvious reasons, wallets win. Baser instincts always win. Like H.L. Mencken wrote, “Nobody ever went broke underestimating the taste of the American public.”

Let’s go back to the hamburger example. If you watched the Oscars this year you know that hamburgers are not simply an example but a rather hot topic. Over half a decade ago New York Times food columnist Mark Bittman (and his intern) spent a year calculating “the real cost” of a hamburger. Sludging through tomes of data, Bittman considered the hamburger’s impact on obesity, carbon emissions, loss of biodiversity--even corn subsidies for farmers.

We estimate that Americans eat about 16 billion burgers a year and ...cheeseburgers are the coal of the food world, with externalities in spades; in fact it’s unlikely that producers of cheeseburgers bear the full cost of any aspect of making them.

[A]ll the products of industrial food consumption would be lessened by a system that makes as its primary goal the links among nutrition, fairness and sustainability. (Bittman, 7/15/2014).

He decries the Industrial Food Complex and calls on all Americans to create, “a system that makes as its primary goal the links among nutrition, fairness and sustainability.”

Nor is this transition the dreaded ‘value-consumer persona’ dredging itself up from the bowels of marketing speak. Those passionate few who go to any length to pursue their cause are, and always will be, an incredibly small minority. Besides, those passions have been commodified and mainstreamed. Almost all niches are now accessible. One of the biggest examples in my lifetime has to be the small hippie green markets giving way to Whole Foods and eventually being acquired by the global behemoth Amazon.

Extremism takes a dedication that most people are simply too lazy to live by.

Ironically as consumers become further and further removed from production--or even retail shopping--the Invisible Experience becomes ever more important. Communal Experience is about new consumer perceptions and new perceptions of self. It envelops the entire political discussion. To even have a stance on Globalism versus Nationalism, a consumer must be aware of how and where merchandise is produced.

Over the next five years we see as many as 60% of consumers weighing experiences beyond themselves when making a purchase. Consumers are not monoliths--there are obviously differences in consumer-perceived value based on attributes like income, age and geography.

Yet what used to be fringe is becoming rapidly taking over the mainstream. Not because of kindness but because of a deeper and more selfish reason: optics.

The rapid rise of Invisible Experience as a major component of value is deeply tied to Generation Z as a whole. The 97 million American members of Z have been labeled ‘Communaholics’ because they emphasize the importance of community far more than any previous US generation. In survey after survey they hold inclusivity and cause-driven communities in the highest regard. The downside is Z’s desire for communal approval from their larger/looser peer group makes them more susceptible to public shaming as well. Combined with our image obsessed selfie meta culture and faux paux like this start to appear. 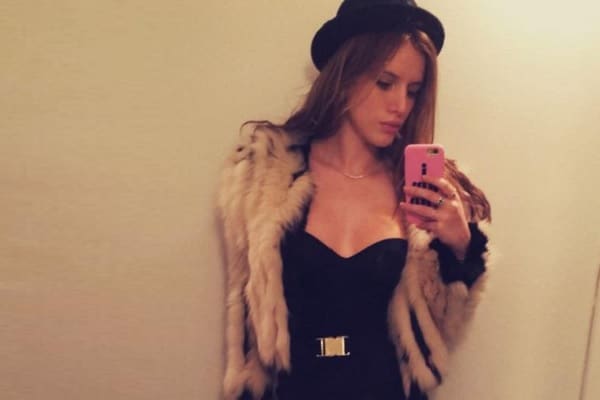 PHOTO CAPTION: 2016: Actress Bella Thorne posted a selfie on IG wearing (what she said was) a faux fur jacket. Welp. Eagle eyed fans immediately recognized the jacket as real fur and called her out for hypocrisy.

PHOTO CAPTION: Literally every consumer purchase can be stratified into high or low culture. Even commodities offer differing levels of psychic equity. 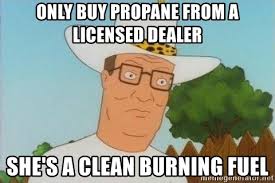 Consumers’ perception of self has expanded so dramatically that they are beginning to consider every purchase as an extension of themselves. What we are witnessing is that consumers with more information now tend to see the whole world as an extension of their decisions. The perception of Value is changing because consumers are adding invisible experiences to their consideration set. Communal Experience means value is no longer just a personal equation.

WRONG AT ANY PRICE

A New Consideration for Consumers

In Part III of our series Freehand Circle will do a sector by sector analysis of how The Invisible Experience impacts brands.

Apple Eats the World: The Future After Apple Purchases Disney

Coronavirus and the Virologist: A Conversation with Eric Lammertsma